Our commitment to empowering refugee and immigrant leaders makes us unique.

In 1991, ECDC became the first ethnic community-based organization to be authorized by the Department of State to resettle refugees through the U.S. Refugee Admissions Program. We specifically aim to employ and partner with individuals who have a passion for assisting refugees and immigrants due to their personal background and experience. Our staff are diverse, experienced, and committed to upholding our values. 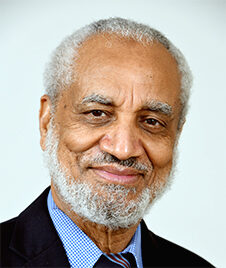 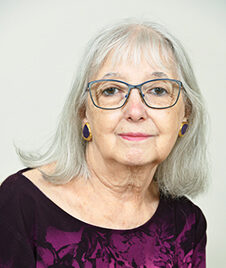 Director of Refugee Resettlement and Integration

Associate Director of Reception and Placement 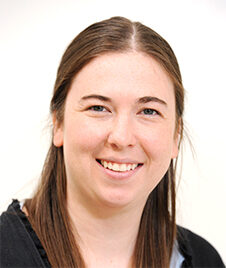 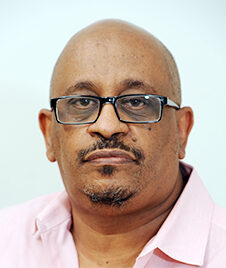 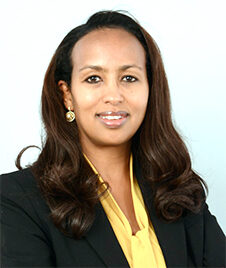 Dr. Teferra is the founder and president of the Ethiopian Community Development Council, Inc. (ECDC), which was established in 1983. His leadership and vision have shaped ECDC from a start-up agency with an initial budget of less than $100,000 to a major community-based organization. ECDC now offers a wide range of cultural, economic, educational, and social services at the local and national levels through its headquarters operations and via ECDC branch offices in Denver, Colorado, Silver Spring, Maryland, Las Vegas, Nevada, Brattleboro, Vermont, Arlington, Virginia, and Wausau, Wisconsin.

While meeting the many challenges of running a multifaceted organization, Dr. Teferra is also active in civic, professional, and local community affairs. He frequently lectures locally and nationally on African issues and cross-cultural studies and has testified before Congress. He has served as Chair of the Resettlement Committee of Refugee Council USA and as a member of its Finance Committee; and Vice Chair and Chairman of the Virginia State Refugee Advisory Council. He was appointed by the Arlington County Board to serve as a founding member of the Arlington County, Virginia, Multicultural Commission as well as a member of the County’s Equal Employment Opportunity Commission, the Task Force for Arlington’s Future, and the Diversity Dialogue Task Force. Dr. Teferra currently serves as a member of the Board of InterAction; and the Board of the Columbia Pike Revitalization Organization in Arlington, Virginia.

A native of Ethiopia, Dr. Teferra received his undergraduate degree from Haile Selassie I University in Addis Ababa. He then earned an M.S. in Applied Linguistics and a Ph.D. in Sociolinguistics from Georgetown University in Washington, D.C., where he also served as a Research Associate in the School of Languages and Linguistics. Dr. Teferra was an instructor at the Catholic University of America and the Foreign Service Institute and was an Assistant Professor in the African Studies and Research Center at Howard University. He served as a cross-cultural instructor in the Peace Corps in-country training program and taught at several institutions of higher learning in Ethiopia before coming to the United States as a UNESCO Fellow in 1972.

Allene Wright began working with ECDC as a volunteer for three years and later as staff beginning in 1986. Ms. Wright serves as the Vice President of Programs and Development. She provides overall direction for ECDC’s resettlement and integration programs, developing strategic direction for the work of the department. She ensures deliverables comply with program funding requirements and is also engaged in development. Allene received a B.A. in German from Saint Mary’s College, Notre Dame, Indiana, and did graduate work at the University of Minnesota in Minneapolis. Allene is proud that ECDC has developed a resettlement network of ethnic, community-based organizations and advocated for refugees in general and African refugees in particular over the years.

Azeb joined ECDC in 1992. She manages, controls, and administers all fiscal operations of ECDC and its branch offices. Her work has been instrumental in building ECDC’s capacity to manage large-scale federal grants as well as private funds effectively. She has a Bachelor of Business Administration degree with an emphasis in Accounting from Saint Mary of the Plains College in Dodge City, Kansas, and a Master of Business Administration from Strayer University in Arlington, Virginia. Azeb is deeply committed to ensuring that ECDC fulfills its mission and is driven by her desire to see that it provides its clients with the highest quality of service.

Director of Refugee Resettlement and Integration

Anam has worked at ECDC since 2005. Over the years, she has held various roles within ECDC’s national program team, primarily focused on the Office of Refugee Resettlement programs. She has in-depth knowledge of refugee resettlement and integration and is highly skilled in federal grants management, program and staff administration, oversight, and strategic planning. Her leadership and experience have helped ECDC strengthen its programming quality and relationships with federal agencies, positioning her well to become the Director of Refugee Resettlement and Integration in 2021. She holds an M.S. in Conflict Analysis and Resolution from the Carter School for Peace and Conflict Resolution at George Mason University; an M.A. in International Peace and Conflict Resolution from the School of International Service at American University; and an LL.B from the University of Pune, India. Prior to joining ECDC, Anam has worked in government and international non-government sectors, including as a public prosecutor for the Ministry of Justice in Ethiopia, a Research Assistant and Document Officer for the African Union’s Rwandan Genocide Project, the International Panel of Eminent Personalities (IPEP).

Associate Director of Reception and Placement

Olivia joined ECDC in 2021 as a Program Officer for the Reception and Placement program. Prior to joining ECDC, she was a resettlement caseworker with IRC in Atlanta, Georgia. Olivia’s practical experience in a local office made it easy for her to provide leadership and guidance to ECDC’s affiliates from the national office and understand what needed to be done to adapt to the significant pace and scale of arrivals with the Afghan Placement and Assistance program. Olivia was promoted in mid-2022 to become a Senior Program Officer and at the end of the year stepped into the Associate Director role. Olivia holds dual Bachelor’s degrees in Anthropology and Women’s Studies from the University of Georgia. She is a firm believer in the power of the U.S. resettlement program and has seen what it means for families to have the opportunity to find safety after being displaced.

Kathryn joined ECDC in 2017 as a Program Officer for Preferred Communities and Refugee AmeriCorps program. During her time with ECDC, Kathryn has taken leadership in improving ECDC’s database systems, training systems, and process guidance. Her strengths and experience led to her promotion to Associate Director of Community Integration Programs in 2021. Kathryn oversees the provision of training and technical assistance to implementing sites, monitoring, staff supervision, and serving as ECDC’s program-level liaison with the Office of Refugee Resettlement (ORR). She holds a B.A. in Political Science and Global Studies from the University of Minnesota Twin Cities. Before joining ECDC, Kathryn worked with local ethnic community-based organizations to provide programming for immigrant and refugee students with limited or interrupted formal education.

Wossen joined ECDC in 2003. He oversees the information technology system for ECDC headquarters and branch offices. He manages ECDC’s network security, server, VPN, and website. Wossen continually helps ECDC evolve and finds solutions to meet the needs of staff individually and the organization as a whole with new technologies and upgrades. Wossen has a Bachelor of Science degree in Electrical Engineering from Virginia Polytechnic Institute and State University.

Firehiwot joined ECDC in 2022 to handle administrative and general operations, serve as a liaison to the board, and lead on special projects. Firehiwot plays an integral role in supporting the organization’s success by providing various administrative services. Her coordination efforts keep things running smoothly and assist senior leadership in managing a growing organization. Firehiwot is a PMP-certified project manager with a Ph.D. in Public Administration from Yonsei University in South Korea and a B.A. in Business Management from Addis Ababa University. Prior to joining ECDC, she was an Assistant Professor at Addis Ababa University, lecturing and advising graduate students. She also previously served as the Senior Logistics Sector Advisor to the Ethiopian Minister of Transportation. Firehiwot brings with her a passion for organization, teamwork, and networking. 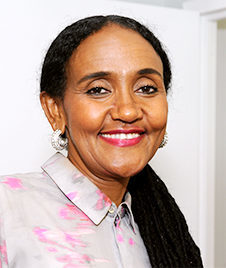 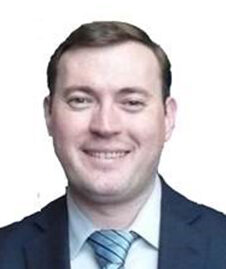 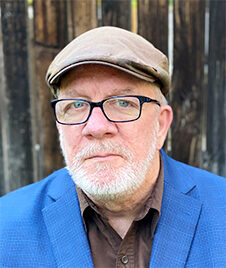 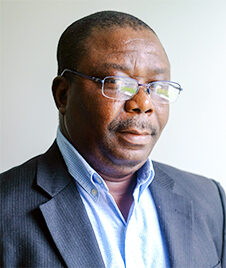 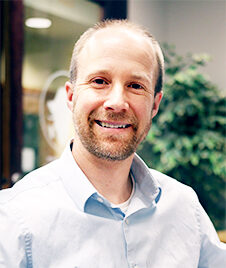 Sarah first joined ECDC as an intern at the Denver office and in 2008 took on a staff position. She served in various positions and ultimately became the Resettlement Manager of the Denver office. In 2012, Sarah moved to Arlington to serve as a Special Programs Officer for the national office. She took over leadership of the DC Metro office in 2013, making use of her considerable experience at both the local and national levels. Sarah holds an M.A. in Public Administration from the University of Colorado. Prior to joining ECDC, Sarah was a Volunteer Resources Manager and a TANF Project Job Developer at Denver Urban Ministries. She also served as an intern in the Office of the Colorado State Public Defender. In addition to English, she speaks Amharic, French, and Spanish.

Milan started his work with ECDC in 2014 as a Resettlement Manager and later took over leadership of the branch office in Las Vegas, Nevada, as Director in 2019. In between, he worked as Director of Resettlement Services at Catholic Charities of Southern Nevada for nearly four years. Milan holds a Bachelor of Science degree in Business Administration and Management from the University of Nevada, Las Vegas, and the State of Nevada License for Educational Personnel. Before working in refugee resettlement, Milan worked in the adult education field for over seven years as a Literacy Program Manager and ESL Teacher, both in the U.S. and overseas for World Learning and USAID, under the auspices of the United States Embassy in Belgrade, Serbia. In addition to English, he speaks Serbian and Croatian and has a working knowledge of Spanish.

Ron joined ECDC in 2019 to take over leadership of the branch office in Denver, Colorado. He came to ECDC with decades of experience managing non-profit refugee and immigrant service organizations in Texas and Minnesota prior to moving to the Front Range of Colorado. Ron holds a Bachelor of Science in Business Administration from Friends University in Witchita, Kansas, and a Masters of Divinity from Southwestern Theological Seminary in Fort Worth, Texas. The passion and commitment that Ron has for assisting newcomers to thrive stems from his faith and a desire to reflect the same love and compassion that changed the course of his life. In addition to English, Ron speaks fluent Lao.

Joe opened ECDC’s new branch office in Brattleboro, Vermont, in October 2021 as its first Director. Originally from Liberia, Joe understands firsthand the challenges newcomers face. He came to ECDC with more than a decade of experience in the non-profit sector serving vulnerable populations in Vermont and Africa internationally. Most recently, Joe was a Housing Case Manager for Southeastern Vermont Community Action (SEVCA) in Brattleboro, through which he helped Vermonters from 15 towns in Windham County access housing, fuel, food, and home repair services. Joe holds a Master of Arts in Intercultural Service, Leadership & Management from SIT Graduate Institute in Vermont and a Bachelor of Arts degree in Philosophy from the Catholic University of Eastern Africa, Nairobi, Kenya.

Adam opened ECDC’s new branch office in Wausau, Wisconsin, in October 2021 as its first Director. He came to ECDC with more than a decade of work experience in the corporate and non-profit sectors. Adam started his career in graphic design and then later chose to pursue international humanitarian work. For five years, Adam worked as the Field Director with Not Forgotten International, a Wisconsin-based non-profit serving refugees in Southwest Algeria. Through this experience, Adam discovered his passion for leading diverse teams and facilitating cross-cultural exchange to promote understanding and empathy. Adam is currently earning a Master of Social Work degree at Northcentral University.

Our staff are connected by a shared desire to make a difference in the lives of newcomers and create more inclusive communities.

If this resonates with you, take a look at our current job opportunities at the national or local level. Apply today if one matches your background and interests. 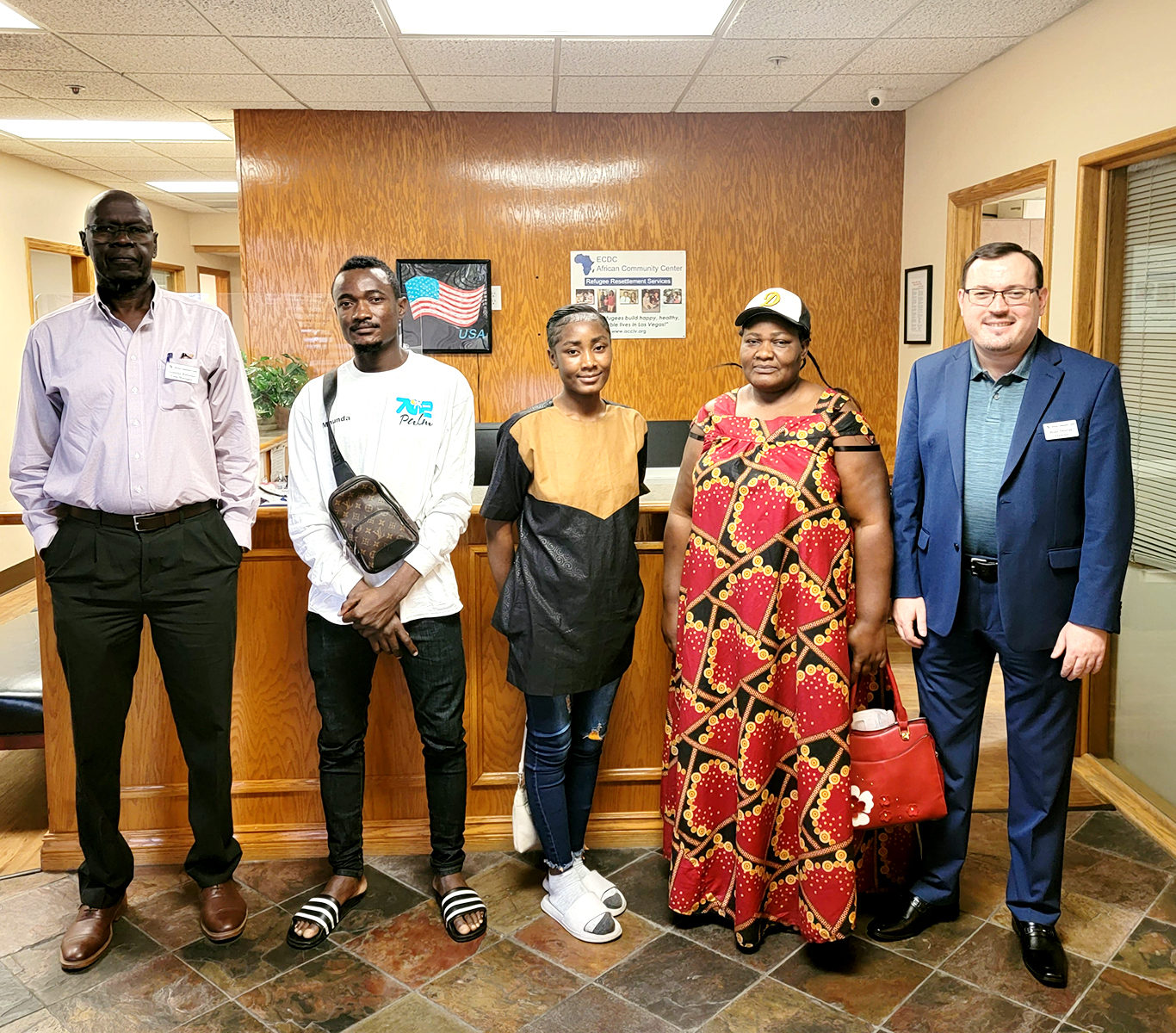