ECDC expands its reach in 2023 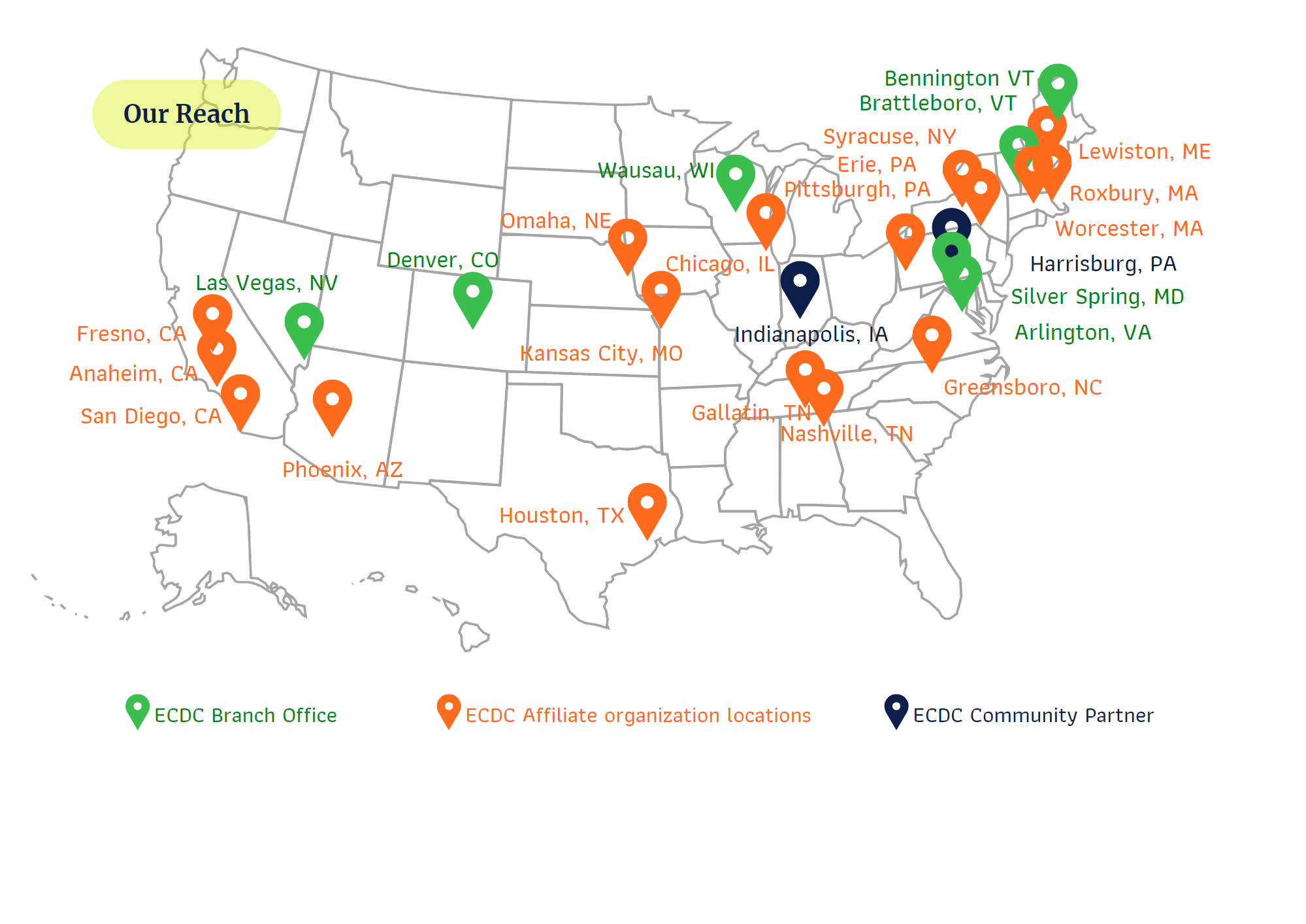 ARLINGTON, Va.–To increase its capacity to resettle more refugees in the coming years without overwhelming saturated resettlement sites, ECDC will expand its operations to five new locations this year.

These sites include a combination of brand-new affiliates, sub-offices that will expand the reach of existing offices, and a community partner that participated in the Afghan resettlement program.

In 2021, MEIRS (Maine Immigrant and Refugee Services), based in Lewiston, Me., became a community partner of ECDC for the Afghan Placement and Assistance (APA) program and successfully resettled 102 Afghans. Armed with this experience, MEIRS is now prepared to resettle individuals from around the world through the regular resettlement program as ECDC’s affiliate.

FIRM (Fresno Interdenominational Refugee Ministries), ECDC’s new affiliate, was founded in 1994 and has provided cultural orientation and language resources to immigrants and refugees in Fresno, California, since its inception. While Fresno has not been a resettlement site for years, it is a popular destination for secondary migration since the cost of living is lower than in the Bay area or Sacramento. FIRM already conducts state-funded Refugee Support Service programs.

The Multicultural Community Resource Center (MCRC), based in Erie, Pa., is another new affiliate to join ECDC’s network. MCRC has already been partnering with the other resettlement agencies in the city and providing newcomers with assistance to gain employment, improve their English language skills, process immigration paperwork, and more.

The two new sites are an expansion of already existing branch offices. ECDC’s Vermont branch office, the one-year-old Multicultural Community Center in Brattleboro, is bringing its operations to Bennington, opening a sub-office there. Similarly, ECDC’s existing affiliate, the Nashville International Center for Empowerment (NICE), based in Nashville, is branching out to Gallatin, Tenn.

In FY23, ECDC will resettle refugees across 24 sites nationwide and expects to welcome more than 6,000 individuals across its network.

When searching for new locations, ECDC first contacted State Refugee Coordinators to find out if and where they felt newcomers would be well-received. After getting encouragement and recommendations, ECDC engaged with local organizations and stakeholders to explore what it would mean to place newly arriving refugees in that local community. ECDC looked at the implications of housing, transportation, employment, healthcare, and schooling and received letters of support from stakeholders to accompany its proposal.

This year through its seven branch offices and 17 Affiliates, ECDC expects to resettle more than 6,000 newcomers across its network.