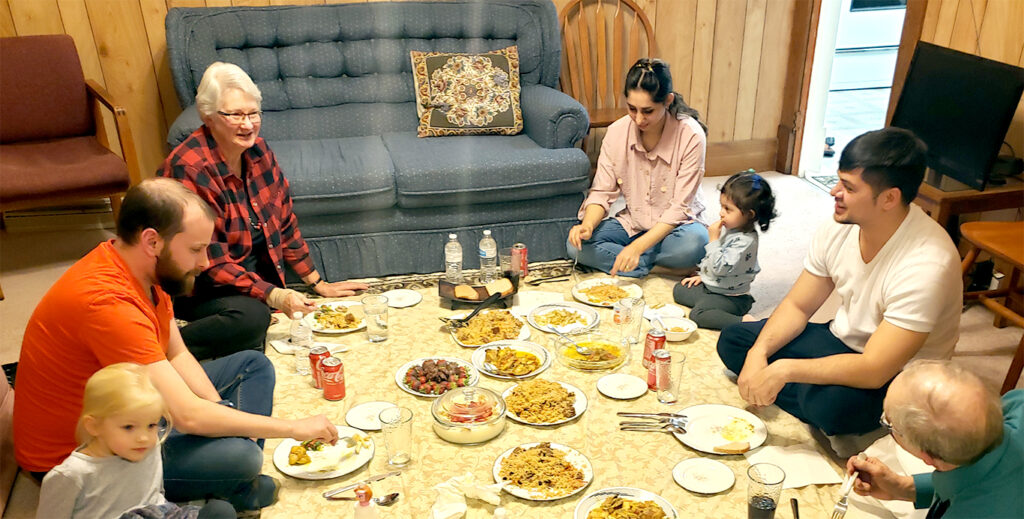 A congregation in Wausau, Wis., formed a co-sponsorship team and completed local co-sponsorship training in late January. Immediately after training, they were matched with a newly arriving Afghan family. Prior to the family’s arrival one problem the local staff faced preparing to receive the family was housing. They found an upstairs apartment in an old house, but the apartment was not ready on the night of the family’s arrival. Initially, the local office planned to put the family up in a hotel for a long weekend so the team could work on preparing the apartment. However, the co-sponsorship team worked around the clock and put in extra effort to make the apartment ready by Saturday evening and it was beautiful. They made an old apartment probably as clean as it had ever been and simultaneously made it a welcoming home–all within 48 hours. The family was happy and excited when they first entered their new home thanks to the effort of the co-sponsors.

In the weeks following the family’s arrival, the co-sponsorship team played an important role in helping to orient them to the appliances, the building and the neighborhood, and taking family members to necessary appointments. One day, the family’s eldest daughter had a serious toothache. This issue was immediately reported to the case manager by the co-sponsorship team coordinator and staff and the team worked together to get the young woman to a clinic. The initial exam revealed that she needed rather extensive dental work, antibiotics and pain management. The team organized transportation and complex urgent appointment scheduling all while helping the whole family get their first days’ groceries, meals and winter clothing sorted out. The team handled confidentiality, serious communication hurdles and cultural boundaries well and patiently. Without the co-sponsorship team, the family would not have been able to get such a high degree of care and support in this difficult situation and transition period.